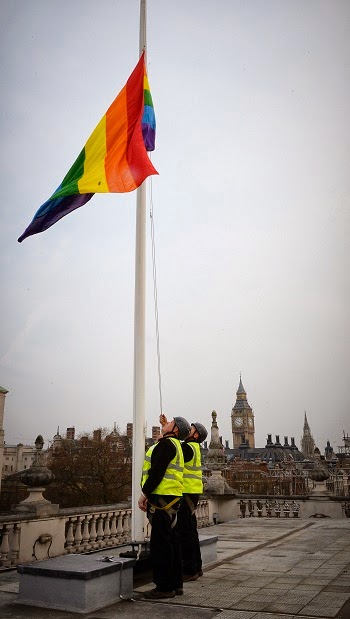 "At midnight Saturday, the United Kingdom welcomed its first gay weddings after same-sex marriage was legalized in England and Wales. The first couple married in England was Sinclair Treadway, a 20-year-old from California, and Sean Adl-Tabatabai. Their wedding was held at the Camden town hall in North London, and presided over by mayor of Camden. Treadway's parents traveled from the U.S., and leaders of all of Britain's major political parties wished them congratulations. Prime Minister David Cameron marked the day with an op-ed in Pink News saying he hoped the legalization would give young gay Britons the courage to come out. Scotland has passed a similar law, and is expected to see its first weddings in October."