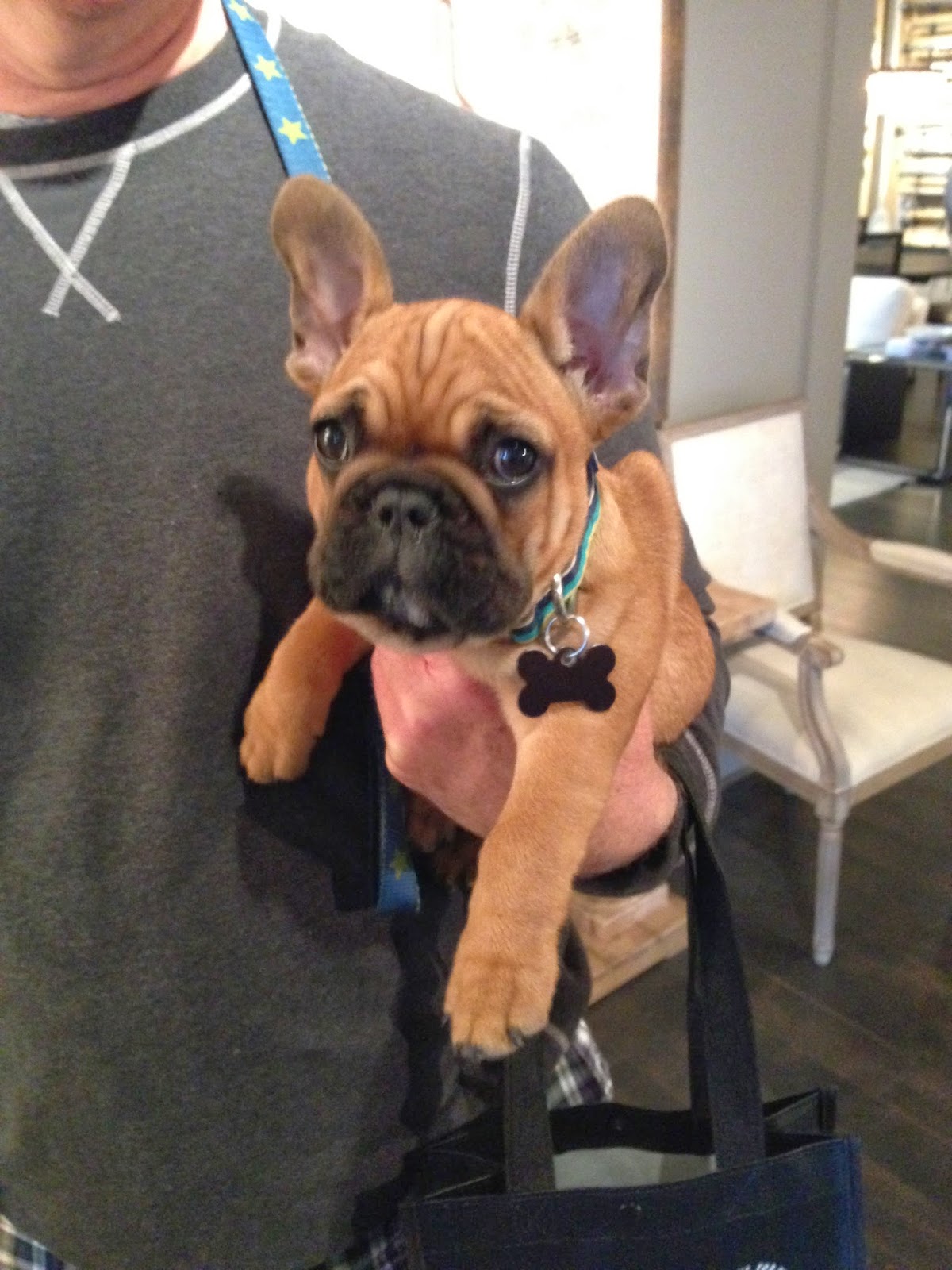 After spotting this little Frenchie puppy on Knox street, I parked my car and chased after the man with a puppy.  I followed him into Restoration Hardware.  Once inside, I corned the man with a puppy and told him I have had two Frencies in my life (he said: "lucky you") but Martha Fauker was 5 years old when I adopted her, and Sarah Dooley was 16 weeks old when we adopted her.  I've never seen a Frenchie so young in person.  He said his boy was 10 weeks and 2 days old.  He let me pet the little guy and he let me snap this photo.

He was walking out of Restoration Hardware as I was pulling up photos of Dooley on my phone.  He said she was beautiful.  (Obviously.)  And then he left.  I might have scared him away.  It was worth it.

Apparently I'm a little aggressive when I spot a Frenchie puppy.
Posted by P.A. at 4:09 PM