Superman for the Day 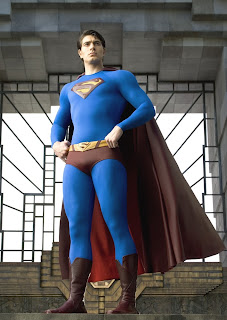 I feel like Superman today.  I'm wrapping up a 9-month project with a private equity firm client.  Private equity firms never give out compliments.  If you don't perform they get rid of you.  If you do perform they don't get rid of you.  The business moves too fast to stop and compliment the outside consultant.  After all, I'm billing them by the hour!

Here's what the private equity guys said to the CFO who then told me...

"We've learned something in these past nine months.  From now on we're only hiring gay guys."

These past nine months I've felt like the only homo in the oilfields of western Oklahoma.  Now an entire company knows what it is like to work with a gay guy.  I think exposure to gay people helps expand individuals' minds.  It's obvious: we have more in common than not.

Now I hope my next client is in West Hollywood or Key West or San Francisco.  I need a break from representing an entire population.  Can someone else be the representative gay guy for a bit?
Posted by P.A. at 6:00 AM