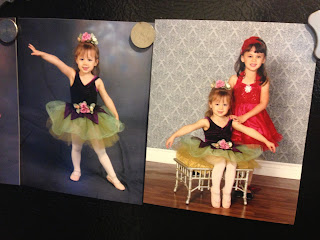 Recently I was visiting my nieces at their suburban castle.  First you must understand that my nieces are insanely crazy about my brother, their daddy.  Especially Paxten.  Although, my brother's wife debates this fact, it's clear that Paxten only wants to hang out with her daddy.   My brother thinks it's just a phase his 3 year old daughter is going through.

While at their house my brother was carrying my oldest niece, Presley, upstairs while my youngest niece, Paxten, was demanding to be carried as well.  My brother kept telling Paxten to let Pat-Pat (that's me) carry her, but Paxten didn't acknowledge the idea.  Paxten would run in front of my brother, stop, throw her hands up and say: "carry me daddy."

Finally my brother stopped walking.  He looked down at Paxten and stated, "Paxten, I'm not carrying you.  I'm carrying Presley right now.  You can either let Pat-Pat carry you or nobody will carry you.  That's your two choices: Pat-Pat or nobody."

Paxten looked at me, and said "nobody."

Regardless of the fact that I was completely rejected by a three year old, I couldn't stop laughing as I watched my brother with Presley in his arms and Paxten by his side with her hand holding on to his shorts walk upstairs together.