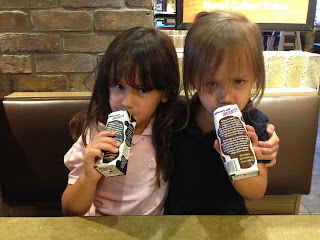 It was a very joyous occasion to have both nieces under our roof for two nights.  It really livened up the house.  Presley, 5, and Paxten, 3, are two special little ladies.  First, they really do enjoy each other.  They are such great friends, which is a huge advantage in life.  I know this because I'm great friends with my brother. Presley and Paxten play games (all sorts) all the time. 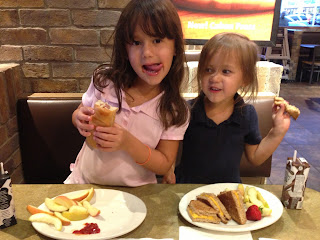 We played hide-n-go-seek.  We colored.  We built houses out of blocks.  We played "princesses and sharks"; because we had princess and shark toys.  They played a game where they would bring my small river rocks from outside and hide them in the house...I hope we found them all! 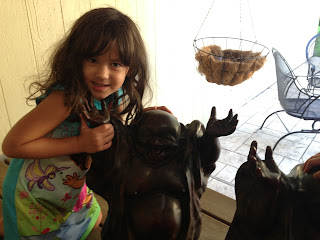 We took photos with the twin Buddhas; Presley asked no less than ten questions about the Buddhas: "why do you have those men?"   The girls also didn't understand why I didn't have a pool in my back yard.  I had to explain, more than once, that unlike their family most families do not have pools in their back yards.  They also asked why I wouldn't go buy a pool if I didn't have a pool. 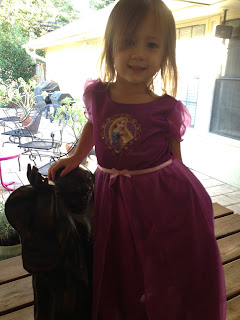 In stead of swimming, we went to the playground at the park. 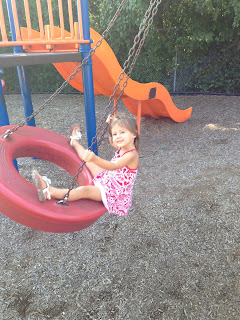 We also baked chocolate chip brownies together.  I tried to teach them how to properly crack eggs, and I didn't immediately realized they enjoyed smashing the eggs and watching me fish out the egg shells more than trying to learn proper egg cracking technique from their uncle. 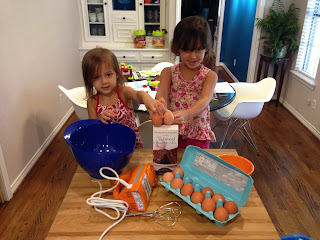 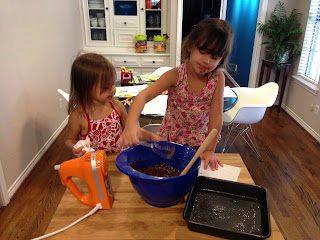 Technically I was the single uncle for the weekend, since my husband wasn't scheduled to land until Saturday night after the girls' bedtime.  However, my parents came down on Saturday afternoon for lunch and a trip to the zoo.  Time with my parents is always a treasured moment.  I want my children to be influenced by my parents.  It's clear my nieces adore loving Susu and silly Poppy. 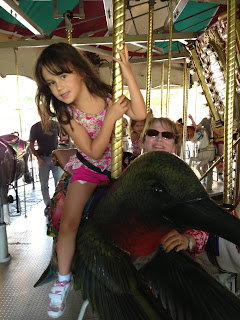 We only had time to go through half the zoo before Paxten tired out.   Sometimes I forget that Paxten is only three years old.  On the car ride home my father told his granddaughters about all the animals in the other part of the zoo we didn't see: unicorns, dragons, and Beast from Beauty and the Beast.  Both the girls and I were laughing at each animal my father said we missed. 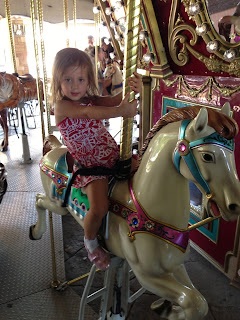 I implemented a mandatory rule: at meal times everyone had to stay seated at the table until everyone was finished eating.  In truth I was worried about keeping my girls fed with nutritious food; my nieces are not good eaters.  Paxten used the rule to keep everyone at the table longer.  Meals always ended with us watching Paxten nibble on the last few bites of her food; "I'm not done." she would state.  I was happy if she was eating! On Sunday morning, the girls didn't ask about the missing pool in our backyard instead they asked if they could go to the park again.  It made all of us giggle on the teeter-totter when two nieces were still lighter than one uncle.  The biggest laugh of the morning came when I caught Paxten pulling Presley's pony tail in an attempt to help "push" Presley on the swing.  Paxten is a tad bit mischievous.  Luckily, Presley is not tender headed. 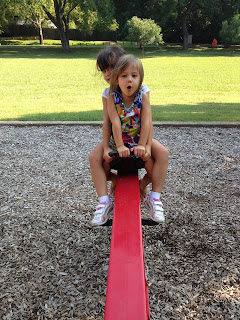 My weekend was devoted to my nieces, and I loved every chaotic minute.  They are such bright lights in our life.
Posted by P.A. at 10:11 PM