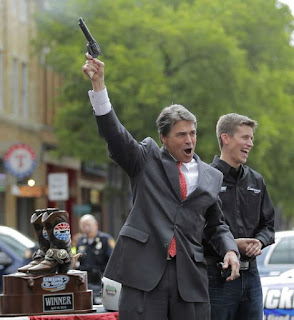 How does this guy keep getting elected?

The times are changing.  Thankfully.

To the gay youth of Texas: ignore what this ignorant man is saying.  You are equal to (not less than) your straight friends.  I promise.
Posted by P.A. at 6:00 AM