A Day of Love 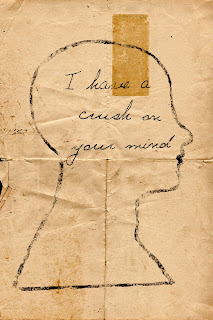 I hope you celebrate the many different levels of love that are found in your life- each and every day. Happy Valentine's Day!

Craig Wilson of USA today wrote the following for his Final Word column.  I thought it was worthy of sharing...

"Final Word: I'll tell you what Valentine's is like

You meet the most interesting people while buying cards for your husband.

I was shopping for Valentine's Day cards the other day, one for my 93-year-old mother who sadly will not remember receiving one, and one for my partner of 29 years who would remind me immediately if he did not.

He is in Africa on business this week. His valentine is tucked deep in his suitcase. Cupid travels.

As I was looking over the cards, a young woman was doing the same. We did a pas de deux along the wall and finally started talking. She said she was buying a card for her new husband. I said I was buying one for my husband, too. There was a pause, and she stared at me for what seemed like hours. It was probably three seconds.

I then told her life was good, that I had married Jack a couple of years ago after almost three decades together, and that gay people in America are now so mainstream that the president mentions the Stonewall riot in his inaugural address and the Boy Scouts are debating whether to allow us in their ranks.

"Yes," she said, "you people seem to be everywhere these days!"

We laughed, and I admitted that I feared gays were becoming so common we were turning into Ozzie and Harriet, although I had to explain to her who Ozzie and Harriet were. I told her there was a time, not that long ago, when gays were exotic. Interesting, even. She seemed to understand.

She then wished me a happy Valentine's Day, took her card to the counter, and was gone. But her question lingered. "What's that like?"

I like to think myself as introspective as the next guy, but I've never really stopped and asked myself what my life as a gay man "was like." It's always just been. Mostly good. At times challenging. Often as normal and boring as, yes, Ozzie and Harriet.

I often look at my neighbors' daily lives. The single. The divorced. The married. The ones who hustle their kids off to school every morning, racing against the clock. And I'll have to admit, on more than one occasion, I've also wondered: