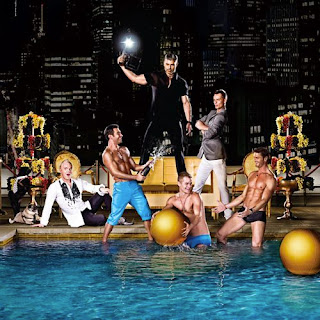 My husband and I were entertained by the first season of Logo's The A-List New York; however, I've found it hard to watch the second season. It is so full of drama, gossip, and sabotage.  I know the men on The A-List do not represent all gay men just as the women on the Real Housewives franchise do not represent all straight women.  However, when there are limited out gay men on television it's frustrating that this is what we have to see.

The whole point of this blog is to prove that we're just like you.  My husband and I are two people in love trying to make our way in this world together.  Unlike all the men in The A-List, we're not millionaires that are obsessed with designer labels, walking red carpets, having pretty friends, and spending our summers in a Hampton pool.   This gay stereotype is entertaining, but it's not helpful in convincing Middle America to give us equal rights.
Posted by P.A. at 10:37 PM