We Could Get Married in New Jersey 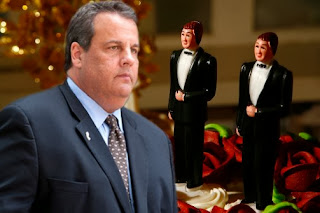 Via The Daily Beast: "The New Jersey Supreme Court voted unanimously Friday afternoon to deny Christie’s attempt to block a lower-court decision allowing gay marriages to be performed in the Garden State starting next week. After the decision was released, Christie announced state agencies will start preparing to implement the ruling."