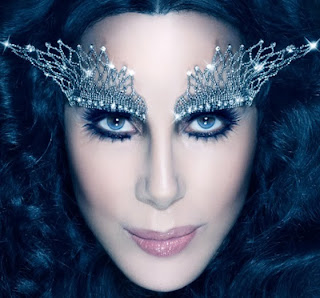 Like I said, my work has been hectic and it's hard when I'm running the household and working while he's out of town.

In recognition of my effort, my husband surprised me with two tickets to Cher's upcoming tour.  Yes, March 26, 2014 we'll be seeing Cher in Dallas.  It was a nice surprise. It will be a fun show.

In the almost decade we've known each other we've seen Prince in Denver, Dolly in Dallas,  The Dixie Chicks in Dallas, Britney in Dallas, Bruce in Dallas, and now Cher in Dallas.  We have a track record of seeing fabulous shows together.

I love doing anything with my husband.
Posted by P.A. at 6:00 AM