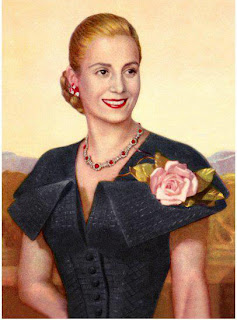 We're in Argentina- of course we visited the Evita museum.  I really only knew Eva Peron from Madonna's Evita film.   The museum was small; it was housed in former house.  My husband and I were in and out in less than 30 minutes.  The museum was like Eva Peron's life, it was brief and interesting.

My takeaway: Timing is everything.

Eva was 24 years old when she met a 48 year old Juan Peron.  They were only married for 7 years, since she died of cancer at at 33 (my current age).

It's a reminder to make most of the time you have.

One of the most interesting parts of the museum were her clothes.  These were some of my favorites... 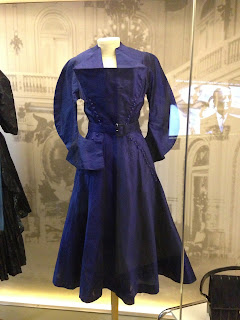 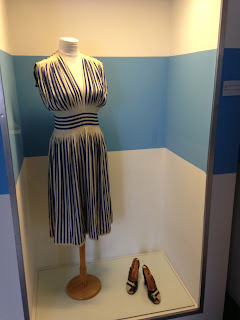 I really loved the blue dot suit and the black dress in the corner... 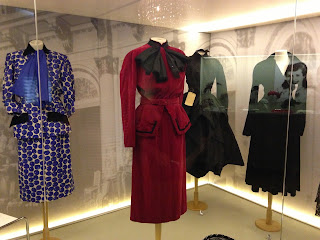 And I snapped the photo of the kitchen.  I have no idea how the kitchen related to Eva Peron, other than it is a kitchen from her time in office and is IN her museum, but look at that stove... 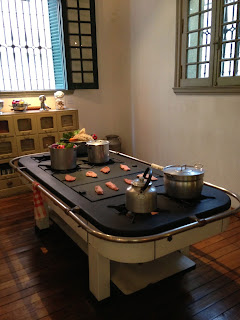 So here's to making the most of your day!