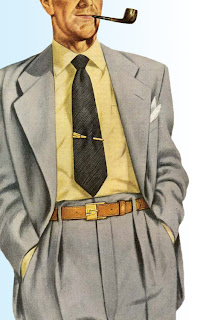 From the Sunday New York Times: Homophobic? Maybe You're Gay. WHY are political and religious figures who campaign against gay rights so often implicated in sexual encounters with same-sex partners?

From The Daily Beast: GOP: No Gays Allowed The GOP will have no gays within it unless they are prepared openly to oppose their own core rights and dignity. Romney has gone from promising to be more pro-gay in the Senate than Ted Kennedy than hanging a lone gay spokesman out to dry and pledging to write into the very constitution that gays are second class citizens.
Posted by P.A. at 9:47 PM