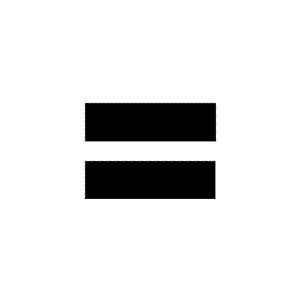 The world is changing, for the better.  I had a teary-eyed moment on Saturday night.  I shall summarise: We met a couple with two teenage sons, and when their youngest son was 16 he was really into Glee.  So the father asked his son: "I know everything about you, but I don't know your sexuality.  Are you gay?"

The son confirmed that indeed he was gay.  The father, mother, and brother all confirmed that indeed being gay was okay.  All three of the men in the family went out to get the same equal sign tattoo on their arm.  The tattoo was a physical representation of their family value: equality for all.

The gay son is now a senior in high school and he is thriving.  I congratulated the mother and the father on having a gay son.  I told them their son was lucky to have such supportive parents  The father corrected me: "No, we're lucky to have him as our son."