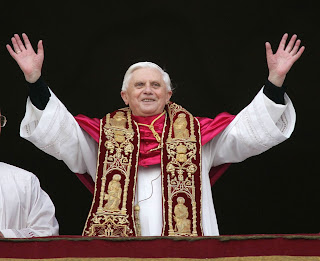 I know many wonderful individuals that are Catholic. I have many friends that are Catholic, and I have great appreciation and affection for those friends. However, the Catholic Church (the original boys club) annoys me to a very great extent.

The main reason I'm annoyed with the Catholic Church is that they opposes gay marriage and the social acceptance of homosexuality and same-sex relationships.

I'm also annoyed with the Catholic Church because they treat women like they are the second class sex. Women can't lead the church, and in a traditional Catholic home women play a supporting role to men in all aspects of life. That might have worked in 1710, but it's 2010.

I stumbled onto a new reason to be annoyed by the Catholic Church. Last week I heard an NPR news story about a nun that was excommunicated from the church because she approved an abortion to save a woman's life. The procedure was successful. The woman lived. I don't understand the church's logic. I value the life of the mother that has other children at home. The doctors said she'd die if she carried the 11-week old fetus to term. The Catholic Church implied that there is no choice in this situation, because you cannot do evil (abort the fetus) to do good (save the mother). Of course, no action would mean both the mother and the fetus might die.

I know this is a terrible, terrible situation, but I have at least two issues: 1) I think it's unfair that the Catholic Church which has always been led by men can tell women what to do with their bodies, 2) I also think it's unfair that the Catholic Church would be fast to excommunicate a nun who saved a life, and yet they have NEVER excommunicated a priest that has been guilty of abusing boys.

It's great to be Catholic if you're a hetero man, but I sincerely wonder why any gay man or any woman would be Catholic?
Posted by P.A. at 10:02 AM