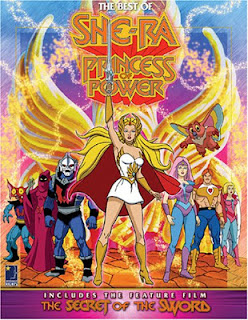 My buddy Jordan who looks and acts like he belongs in Duck Dynasty sent me a text picture of his 16-month old son's daily daycare report.  The report said: "[His son] dressed up in Tinker Bell costumes!  It was hilarious and thought it was really fun!" I laughed.  Jordan's next text message asked: "Would your daycare sheet have said this?"

I told Jordan not to worry until his son starts asking for She-Ra's castle instead of He-Man's castle. (Flash back to Christmas 1986!)

Jordan text back to me: "No worries here, would have liked a picture though."

His "no worries here" text made me so happy.  The world is changing for the better when 30 year old fathers do not care if their sons are gay or straight!