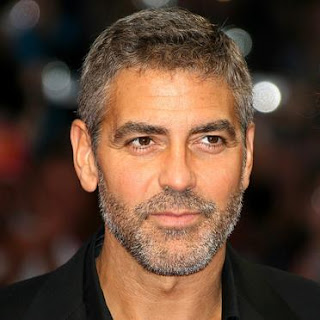 This is what George Clooney said after The Advocate asked him about the gay rumors that have followed him for years:

"I think it’s funny, but the last thing you’ll ever see me do is jump up and down, saying, “These are lies!” That would be unfair and unkind to my good friends in the gay community. I’m not going to let anyone make it seem like being gay is a bad thing. My private life is private, and I’m very happy in it. Who does it hurt if someone thinks I’m gay? I’ll be long dead and there will still be people who say I was gay. I don’t give a shit."