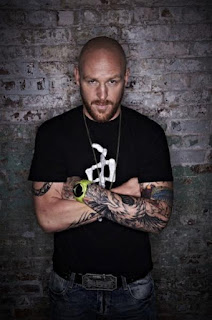 I had to make a day trip to Austin on Friday, which means I was in the car for over six hours.  (Hooray for four dollar gas!) I listened to a lot of radio.  My hetero buddies always talk about The Jason Ellis Show on satellite radio.  I listen to two hours of the show and I was really entertained.  It is not the kind of show you'd want to listen to in polite company, and I'm certain very few ladies would be entertained by his show which is fueled by guy humor.

Interestingly enough, one of Jason Ellis fans sent in a comment via Twitter to the show that used the word "fag."  Jason took the time to educate him, and he told the fan he shouldn't use that word because it is offensive to gay people like the "n-word" is offensive to black people.  Jason said you can't drop any "f-bombs" or "n-bombs" on his show.

Also at another point in the show, Jason said he wanted to fly in a helicopter over Chick-fil-A and take a dump on top of their building to protest their anti-gay stance.  (I told you it was a show full of guy humor.)

I'm a Jason Ellis fan.  This guy (similar to Howard Stern) is reaching an entire generation of straight males, and he's using his platform to speak up for gay rights- in his own way.  Thank you Jason.