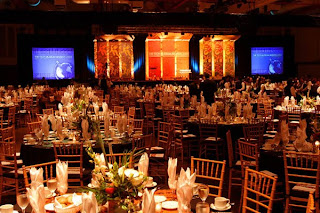 This weekend I attended a gala (my husband's flight was delayed and he missed it) where three men were inducted into a hall of honors. It was a very lovely event; the room was full of good food and fun people. All three of the recipients had tremendously successful careers, which is one of the reasons they were being inducted in the hall of honors. They had video packages where friends talked about the individuals accomplishments. After the video the hall of honor inductee was presented an award and given a few minutes to speak.

The most significant takeaway of the evening was that all three men had been in 30+ year marriages. They all said in their own words how their successful careers were sideshows to the main event, which was their relationships with their family members and friends. The men took great pride in their wives and their children.