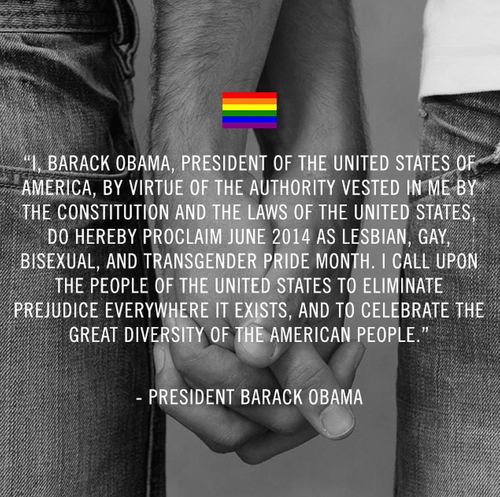 "I, Barack Obama, President of the United States of America, by virtue of the authority vested in me by the Constitution and the laws of the United States, do hereby proclaim June 2014 as Lesbian, Gay, Bisexual, and Transgender pride month.  I call upon the people of the United States to eliminate prejudices everywhere it exists, and to celebrate the great diversity of the American people."