The New Normal is My Normal (almost) 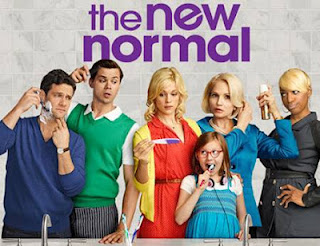 Are you watching NBC's newest comedy The New Normal?  It technically is classified as a comedy, but it has some real moments that sting.  It hurts when they get gay bashed - especially if you're two gay guys like us.  I can really relate to this thirty-something gay couple who aren't exactly young and aren't exactly old, and they are wanting to have a family.

However, the situation seems a bit mythical to me because they have a millionaire lifestyle.  Their house, their cars, their shopping, are all top notch expensive.  One reason I keep this blog is because I think in popular culture gays are depicted as either 1) rich power couples or 2) party gogo dancing boys.  I'm here to prove that gays are also working middle class men living in a red state, which might be more normal but less entertaining than The New Normal.
Posted by P.A. at 6:00 AM