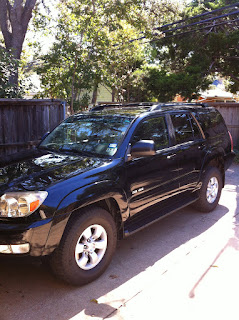 When I'm shopping and someone is earning a commission, then I like to drop the "gay bomb" unexpectedly in a conversation to test their reaction.  If they have a bad reaction, then I'm not buying from them.   For example, the Audi salesman Bruce was talking up the Q5 and I said I'll have to see what my husband thinks. Bruce didn't flinch, and he asked my husband's name.   Unfortunately, the Q5 is too small for my needs.  I wished Bruce well and moved one.  The Infinti salesman Russell saw my wedding ring and asked about my wife- I said I had a husband not a wife!  Russell didn't flinch either, and he said something about my husband later in the conversation.  However, when I mentioned my husband to the Honda salesman Ross he didn't acknowledge the statement.  Later I brought up my husband again, and again Honda Ross ignored it.  Clearly, Ross didn't know how to handle the situation, and he's been selling Honda's since 2008!

What's interesting is that time and time again people at higher end retail are more skilled at handling gay clients.  They don't flinch.  One of the reasons I don't want to buy another Toyota is because I never felt comfortable around Toyota dealerships and their service departments.   In fact, I don't want to buy a GM, Ford, Dodge, or Jeep product either, because I've never felt comfortable in those environments.  I don't know why?

The AWD Touring Honda Pilot is $10K cheaper than the AWD Infinti JX, but it looks like I'll feel more comfortable in Infiniti dealerships than Honda dealerships when I have the scheduled maintenance.  This is all a part of my decision tree.  Do straight people think like this?