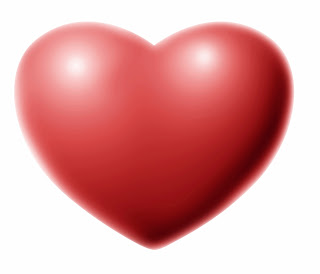 I have a cousin who is one year older than I am. Even though for two years his younger brother was my roommate in college, and even though we’re planning a vacation around his older sister and her family this spring, and even though I adore his mother- I do not know him very well. We don’t have an intimate relationship, but I keep up with him through the family network, and like all my family members I love him.  I haven’t spoken to him in a very long time, but I’ve been thinking about him all week…

My cousin, who served multiple tours in Iraq, met the "love of his life" a few years ago. My cousin and his great love had a hectic situation since both of them have (spectacular!) children from their previous marriages, and careers, and college classes...but in the craziness of life they found each other and made it work. I saw them this summer with their children, and my cousin was the happiest I’d ever seen him.

This winter we learned that his great love has incurable cancer. I don’t know all the details, but I know the doctors are measuring her life expectancy in months not years. She’s taking experimental treatments, and the whole family has hope!

My cousin and his great love must have decided what they wanted from the time they were given is to be married to each other. Last weekend they realized their dream, and had (according to my parents and brother) a beautiful wedding ceremony and reception. Their story reminds me of the power of marriage.

I want the same thing that my cousin wants; the point of the blog is to prove that we’re just like any other couple, and this is just another example. Although my cousin and his great love and I and my great love are living in different timelines (cancer is not kind) before our time runs out I want to be (legally) married to my great love too. I don’t want a domestic partnership. I don’t want a civil union. I want marriage. Marriage is a powerful thing. Why is that so hard for the world to understand?
Please send loving thoughts/prayers/energy to my cousin and his new wife.  Their situation reminds me that no one is promised tomorrow, but we have today.  We have to get the most out of this moment because that's all we are guaranteed.  I've been thinking about my cousin all week, and I'm so happy that today he has his beautiful wife and a chance to make the most out of each moment.  Their story inspires me to make life count more!
Posted by P.A. at 9:50 PM