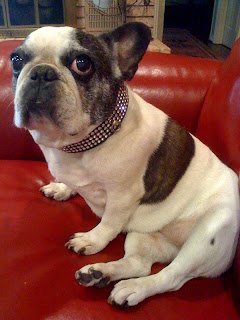 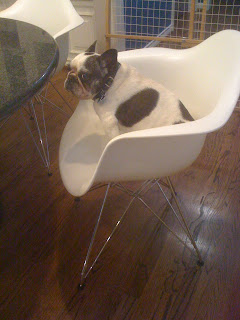 Although it horrified me initially, we can now joke about the time a French Bulldog breeder's eyes widened when I told her I was the father of a 12-year-old French Bulldog and she then suggested I get a new puppy to help with the grieving process. I was horrified because Martha Fauker is still alive and well, but the breeder continued to explain that she's only had a few French Bulldogs live past 12-years-old and she's never had one live past 13-years-old.

My husband is starting to coach me through the reality that Martha Fauker will not live forever. I think it's sweet that he's trying to prepare me. He turned to me over the weekend and said in the gentlest voice possible: "You know Martha isn't looking so good..."

I can tell he's trying to check-in with me to see how delusional my thinking: Martha is a pretty-pretty princess and she's going to live forever! it what I like to say when she shows signs of her age. She can't hear very well. She can't always hold her bladder all night, and she no longer wakes me up to take her outside. She likes to sleep in her bed all day long. I understand that she is an elderly dog, but she's not on her death bed. She is my pretty-pretty princess and she's going to live forever! Viva Martha Fauker.
Posted by P.A. at 7:51 PM