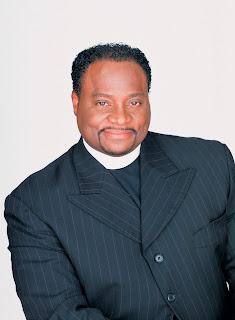 It's impossible to miss the news about the four young men whom have brought civil suits against Bishop Eddie Long. They claim Long seduced them with gifts and trips. Long is a preacher at a mega church outside Atlanta. He is married (to a woman) and he has four children. Historically, he has also been anti-gay.

I do feel sorry for any individual that is publicly humiliated. Long turned a 300 member church into a 25,000 member church, which means his public humiliation is on a tremendous scale.

This puts us, once again, in a familiar situation: a prominent anti-gay individual appears to have had gay sexual encounters. It's an annoying situation. This hurts the entire gay community when our enemies seem to have homosexual tendencies...our enemy is one of us?!

Think of this, while Bishop Long was preaching to his 25,000 member church that marriage is between one man and one woman he's (allegedly) seducing young men? Ridiculous. Of course he clearly considers his own marriage such a sacred institution that must be protected from gays, but he doesn't seem to have issues with his own marital infidelity? This annoys me. This really annoys me.
Posted by P.A. at 7:58 PM