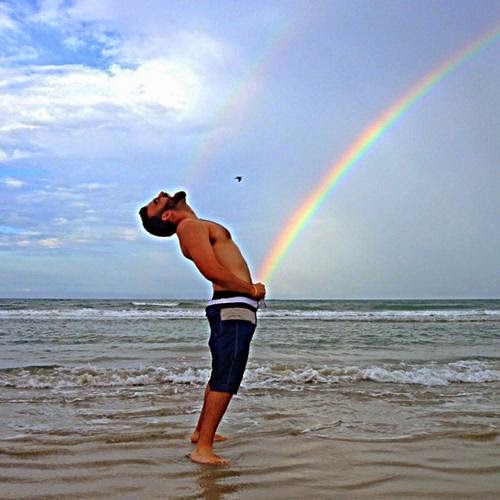 "In the early 2000s, the Church of Jesus Christ of Latter-day Saints' stance on same-sex marriage aligned with the opinions of most Americans: Gays and lesbians shouldn't be allowed to marry.

"Since then, popular opposition to same-sex marriage has collapsed across much of the country, with 17 states and the District of Columbia allowing the practice.

"Shifting public opinion may explain the message that Neil L. Andersen, an elder in the Quorum of the Twelve Apostles - the second-highest governing body in the Mormon Church - had for listeners at the semiannual General Conference in Salt Lake City on Saturday.

“While many governments and well-meaning individuals have redefined marriage, the Lord has not," Andersen said in his remarks, which warned of "whirlwinds" that would test Mormons' adherence to the church's socially conservative theology.

"The church has not been immune to doctrinal changes throughout its history. It halted plural marriage among its members in 1890 so Utah could become a state, and announced in 1978 that black men could become ordained priests. (Women are still not allowed into the priesthood, which has caused division among church members.)

"With the church now seeing public opinion diverge with its position on same-sex marriage, Andersen urged Mormons - especially the youth - to hold firm to the belief that marriage is between one man and one woman."