Napoleon and Josephine A Love Story 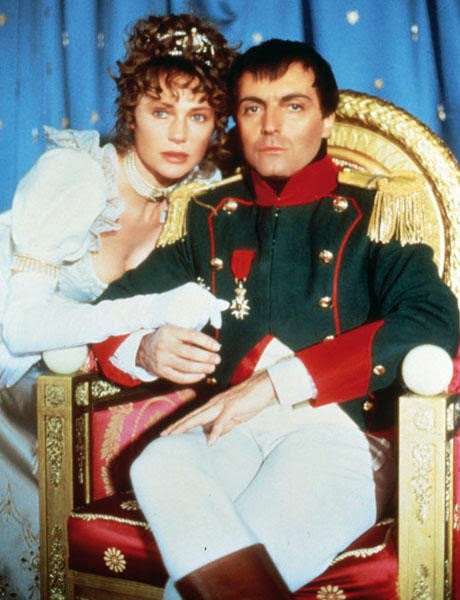 In 1987 the mini series "Napoleon and Josephine: A Love Story" was a television event, and I still remember watching it with my family.  My mother is a literary junky, a history junky, and a total romantic.  One of the books in her library included love letters between Napoleon and Josephine. I think my mother made sure we all watched the series.

Looking back, I now realize watching the mini series was one of the defining moments in my life.  Why?  I was only seven years old at the time, and I remember Armand Assante's Napoleon Bonaparte making my body tingle.  I was "in love" with him/his performance.  People often ask me: "when did you know you were gay," and the truth is that I've always known, it's my natural state, but it wasn't until I watched this mini series that I realized most boys didn't get excited about other boys.  It was the first time I felt like my feelings were wrong.  It was the first time I was ashamed by my own feelings.  And for the next 15+ years after watching this mini series I would battle with thinking my feelings were wrong, I was abnormal, and I would try to be "normal" by mimicking the actions of other boys.

But in high school and in college when I dated girls or had sex with girls I felt much more ashamed.   It was a lot to juggle, emotionally.  Luckily for me,  I realized by the time I was in my early twenties that the best path forward was to live an authentic life.  It took a few years to release the emotional baggage, unwind the emotional trauma, but by the time I met my future husband in the fall of 2003 I was ready to love myself, which gave me the ability to love him.

Last week on Amazon, I found the mini series for sale.  I own it now.  I look forward to watching it again, and this time around I will not be ashamed if I start to feel excitement about Armond Assante's Napoleon.

Life is a journey.  Life is good.  Hooray for life!