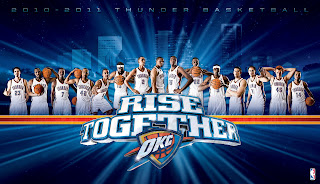 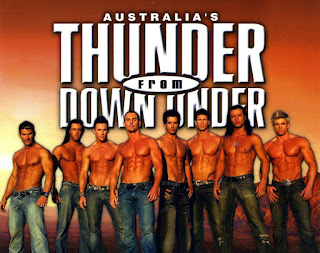 I was in Oklahoma this week, and any time someone started talking about the Thunder I was secretly hoping they wanted to talk about The Thunder From Down Under instead of OKC's NBA team the Thunder.  (Is that wrong?)

And I would be so much more interested in basketball if those uniforms weren't so bulky.  We need to get smaller, tighter clothes on those athletes.  Their shorts - can you even call them shorts? - they are enormous amounts of material.
Posted by P.A. at 10:14 AM