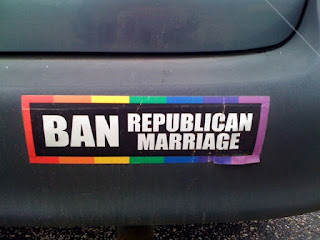 One day, I hope sooner than later, the Republican party will be embarrassed for their anti-gay marriage stance.