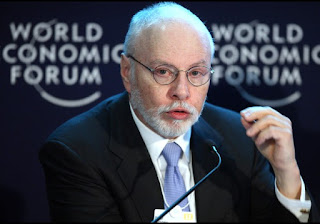 Have you ever heard of Paul Singer?  He's the founder and CEO of the successful hedge fund Elliott Management.  They have assets under management of approximately $19 billion, and he earns about $100 million a year.  He's also a big ol' Republican. AND he publicly supports gay marriage?!

Why don't more Republicans support marriage for all?  I wish the GOP had more "Paul Singers" in the mix.

I've said it many times on this blog, but Republicans are on the wrong side of history on the marriage issue.  They need to make marriage equality part of their platform.  Marriage is consistent with "traditional family values."  I don't understand how in 2012 the Republican nominee for President can proudly/publicly be anti-equal rights.

I want the same rights as my brother.  Nothing more.  I want the freedom to marry the person I love.
Posted by P.A. at 8:06 PM