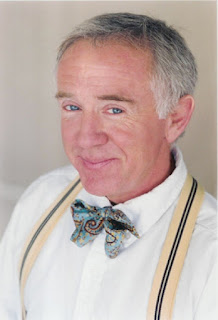 Last night we caught the spectacular performance of Leslie Jordan's one man show, Fruit Fly.  It's a 90-minute show trying to answer the question: do gay men end up like their mothers?  The show is really about his private life: when he was 11 years old his father died in a plane crash; he was given hormone shots at an early age because he stopped growing, which meant his body developed way before his peers; after high school he worked in Atlanta clubs; he had a terrible drug problem, which lead to many funny situations...the show was hilarious because Leslie knows how to tell a story.

The show ended with him talking about how much he loves his mother even though she'll never be marching in any parades on his behalf.  He said his mother was doing the best to see with the light she has, and if he wants her to accept him then he also has to accept her.
Posted by P.A. at 7:20 AM