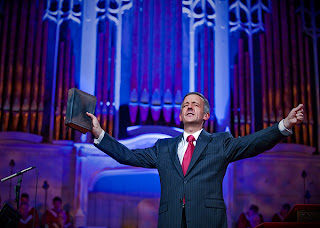 I just read the article profiling the First Baptist Dallas preacher, Robert Jeffress, from my subscription copy of D Magazine.  The headline says it all:

"How First Baptist's Robert Jeffress Ordained Himself to Lead America.  He says that Mormonism is a cult and gays are “filthy.” But he says it because he really, truly doesn’t want you to go to Hell."

If Hell really does exist and "filthy" gay people are going there, then that's okay with me.  I am fine spending eternity surrounded by homos in Hell.   We'll have one gay-ol'-time.  It'll be more fun than hanging out with Nuns and Baptist preachers in Heaven, no doubt.