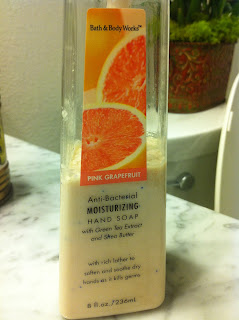 Any time our friend Del, who lives in Los Angeles, is in Dallas on business, which is about once a quarter, we insist that he stays with us.  He's the most considerate house guest; he tells good stories, he takes us to nice dinners, and he makes us laugh non-stop.  We love him.  In fact, he's been popping in and out of our house so consistently for the past three years that we refer to our front bedroom as "Del's bedroom."

He flew in town for my husband's party last week and he turned it into a work week.  (Sidestory: Del's husband is a very busy man, but he flew into Dallas for 16 hours just so he could attend the party too!  How rock star is that?  Note to self: At least once in our life fly into a city for 16 hours for a party.  Be a rock star.)

Del woke up the morning after the party with his face flushed with red dots. Hives? He worried he was getting an allergic reaction from the crawfish tamales.  (But they were so delicious it was worth it!)  He took a bunch of meds and carried on.  The next morning he woke up with his face bright red.  It was no longer worth it. He found a doctor.  The doctor said it wasn't an allergic reaction to shell fish, and it looked like it was a reaction to something he was putting on his face.  The doctor asked what he'd been putting on his face?  Del said he left his night time moisturiser at home so at night, before bed, he'd been using our pink grapefruit lotion.