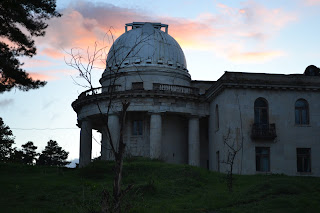 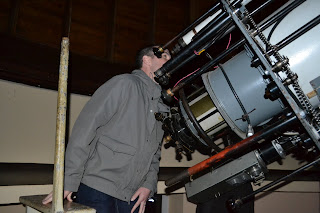 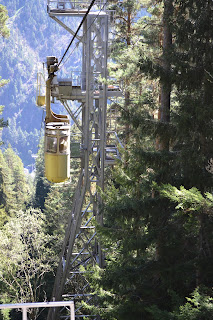 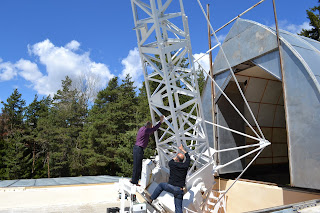 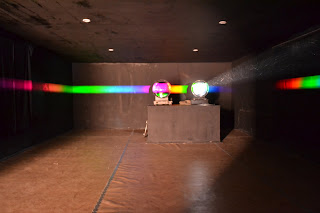 We're Americans, which means we don't understand the concept of government priorities.  Can't all countries just borrow more money from China?  Don't all governments run massive deficits?  After they declared their independents from the Soviets in 1991 Georgia had to rebuild a nation from the beginning.  Their money had to fund infrastructure, which meant they could not afford to fund their impressive observatory located high in the Georgian mountains.

This observatory was a leading research center during Soviet times and the space race with the USA.   Our cousin Sarah's husband, George, studied their in his early teens.  Today this observatory is desperate for funds, which means they have opened their facilities to outside guests.

We spent two nights on the overwhelmingly beautiful mountain with our cousins.  We got to use the large telescopes to see the moon and stars at night and one to see the sun during the day.  Our cousin's old mentor, a heliophysicist, guided us both days.   He spoke in Georgian, and had George translate to English for us.  Later I learned that George studied astronomy and astrophysics in Georgian and Russian therefore sometimes it was difficult to find the correct English words to use in translation.  We are being treated like kings on this trip.
Posted by P.A. at 2:58 PM