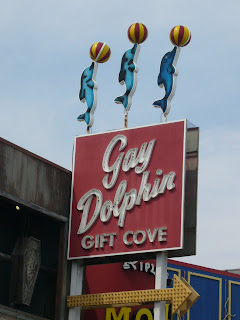 My dear friend Missy is in love. She plans to marry her current boyfriend, and it appears that he wants to marry Missy too. Love is a wonderful thing. Although they are not officially engaged, they are making plans to move to the same city and start building a life together. They have a fun love story; Missy dated him for two years in high school, but they lost track of each other after high school. This fall, after ten years apart, they reconnected on Facebook. They are in love.

First, we were talking about how fantastic it was that they rediscovered each other on Facebook. Missy's boyfriend told us that he doesn't like to tell people that because it's gay.

The second awkward moment of the night was when we were discussing their upcoming vacation to the Bahamas. I told them how my husband took me on a tropical vacation as a graduation present, and he took me to do something I'd always wanted to do: swim with dolphins! Immediately Missy turned to her boyfriend and said that she wanted to swim with the dolphins when they go to the Bahamas! Missy's boyfriend said no way because dolphins are just gay sharks, and then he laughed.

Both times I didn't know how to handle the situation. He is most likely going to marry one of my great college friends. He was staying at our house all weekend; he was our guest. This was also the first time we've ever met him. As a gentleman I did not immediately want to call him out on how offensive his comments were to us, because we were at dinner.

When we were leaving dinner Missy pulled us away from him and apologized to us on his behalf and said she'd talk to him...
Posted by P.A. at 7:11 PM