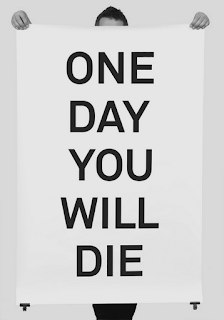 Last week one of my father's colleagues died suddenly; he was 46 years old with a stay-at-home wife and two young sons.  My mother and father attended the funeral.  Later that night my father called me.  I had just returned from yoga.  I was sweaty, tired, and still trying to cool down when I picked up the phone.

My father said; "I love you.  I'm proud of you.  I don't tell you that enough, and I wanted you to know that."

I thanked him, and then told him that I loved him too.  We quickly got off the phone because it was getting too sad/touching...my voice had already cracked.

Of all my father's achievements in his life, he has succeeded most in fatherhood, which benefits my brother and me.  Thanks dad.
Posted by P.A. at 10:41 AM