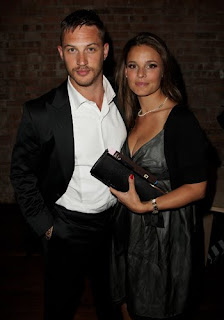 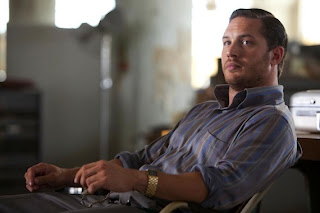 The whole gay side of the Internets is excited because of the amazingly (surprisingly) honest comments from Inception's Tom Hardy. In an interview Tom openly admits to having sexual relations with men in his past. When asked if he ever had sexual relations with men he replied: "As a boy? Of course I have. I'm an actor for fuck's sake. I've played with everything and everyone. I love the form and the physicality, but now that I'm in my thirties, it doesn't do it for me. I'm done experimenting but there's plenty of stuff in a relationship with another men, especially gay men, that I need in my life..."

This is interesting because Tom is a Hollywood hunk, who is engaged to a woman, has a child from a former girlfriend, and is comfortable enough with himself (and his career) to freely discuss the fact that he's had sex with men. In our society it's still taboo for straight men to discuss such things. Go Tom.