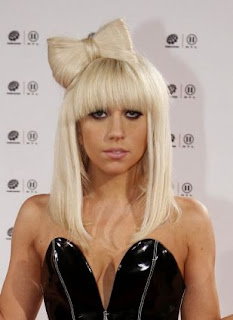 Lady Gaga was in Dallas last week performing two sold out shows at the American Airlines Center on Thursday and Friday nights. She had the whole city buzzing with excitement, and all the cool kids went to her show. We would have loved to have seen that show, but the tickets were very pricey, and we both would rather not see a show than watch it from the rafters of the AAC. However, here's my Lady Gaga story from last week...

Our Bikram Yoga studio received a phone call on Wednesday morning from a hotel concierge. The concierge said he had an individual who wanted a private Bikram yoga class at noon. Our studio said they had a public class at noon, and they were more than welcome to join the class. The concierge asked our studio to cancel the public noon class, and instead hold a private class for his A-list celebrity guest. Again, our studio refused to cancel the public noon class; however, they could host a private a 2:oo PM class before the next regularly scheduled 4:30PM class. The concierge agreed.

Last Wednesday at 2:00 PM Lady Gaga and her peeps had a private yoga class in our studio. My new claim to fame is that Lady Gaga and I have sweated in the same yoga studio.
Posted by P.A. at 7:49 PM