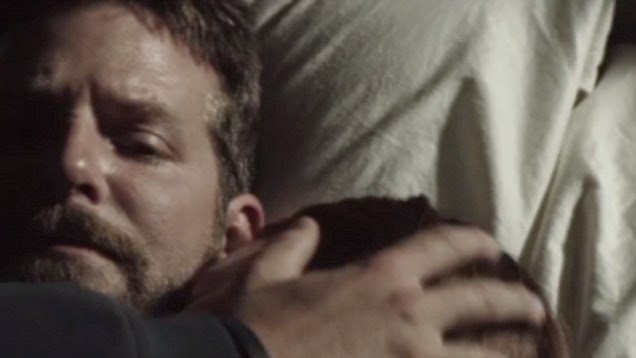 You must go watch American Sniper.  You must.  This movie captures two wars.  One is the war Chris Kyle the U.S. Navy SEAL sniper faces against the enemy in a foreign country and the struggle of right vs. wrong vs. high ideals of war vs. gritty reality of war.  The other one is the war Chris Kyle the warrior husband/father faces on the homefront where he must reconcile his family life vs. being a legend of war in civilian life vs. duty to his men still on the battlefield vs. his ability to leave the war behind.

This movie is compelling because of Bradley Cooper's oh-so-freakin-real performance. He reminded me of people I know/I have known.  He gets the "Texan" right on film.  There is so much conflict within his performance - I felt his conflict while watching the film.
Posted by P.A. at 11:04 PM