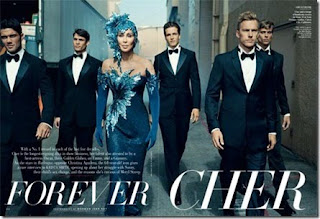 I read the Vanity Fair interview with Cher, here, and I thought it was really interesting. Cher was the original Pop Diva, and you have to admire that at 64-years-old she's still entertaining the masses...and looking amazing while doing it.

Here are my takeaways: